Built for the fans by fans 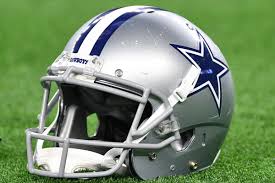 This franchise needs to move on from Jerry Jones the GM

It is time for Jerry Jones the owner to fire Jerry Jones the GM.  Truth be told that time probably came around 2000.  In 2000, Dave Campo was the coach and the Cowboys didn’t have a 1st or 3rd round draft pick in that draft, they had traded those away to Seattle for Joey Galloway.  Jerry Jones drafted Dwayne Goodrich who was out of football 3 years later.  They also drafted two other cornerback’s that year, Kareem Larrimore and Mario Edwards.  Larrimore was released in 2001 and Edwards was out of football in 2005.

In 2001, Campo was still the coach and they drafted the infamous Quincy Carter.  I don’t want to go into the rest of the draft but nobody stands out.  Quincy Carter had potential but he also had a problem passing drug tests as well.  Carter represented what looked to be the new era QB, someone with mobility and a decent arm.  However, he was out of the league in 2004, went to Canada but couldn’t stay on the field. 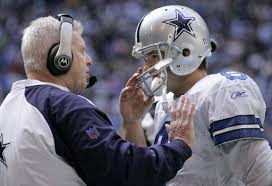 In 2002, Jones hired Bill Parcells and we all thought that the franchise would turn around and it did, but still no Super Bowl.  However, in 2003 a guy named Tony Romo was one of those long shots that panned out!  After taking over for Drew Bledsoe in 2006 all the way through until he sustained which would eventually prove to be a career ending injury he was the starting Quarterback for the Dallas Cowboys.

Romo would go on to have a great career but was also had a reputation of not being able to bring a Lombardi Trophy home to the Dallas Cowboys.  A low IQ fan would put most the blame on Romo, but once again Jerry Jones the GM is really the one to blame here.  Jones admitted that he was the one to blame.  Jones said,  “probably paid some people that we probably would’ve been better off not paying” which boils down to a management issue.”  NO SHIT JERRY!

So now that we have set up a short history lesson of Jerry the GM, we can fast forward to today.  After almost 10 full years of having a barely just above average coach in Jason Garrett we now have Mike McCarthy.  I as a diehard Cowboys fan am hoping that McCarthy is the missing link that helps the Cowboys to not only get over the playoff jinx we have had for the last 25 plus years but win a Super Bowl.

I’m tired of getting my hopes up just to be disappointed.  Please Baby Jesus make this happen!

I’ve gotten off track so back to the original reason for this post.  It is time that Jerry recognizes that he is the problem!  Has he drafted better?  At times yes, but let me remind you that Jones is the one that took Taco Charlton over TJ Watt.  Watt is now playing at an all pro level and Charlton was released because nobody wanted to trade for him and he signed with the Dolphins.  I can’t give him credit for drafting Ezekiel Elliott that was a no brainer but he does deserve credit for getting Dak Prescott but that is only because he couldn’t trade up for Paxton Lynch and Lynch has proven to be a bust, so Jones got lucky.  Sometimes it is better to be lucky than good.

As an owner I think Jerry Jones is great.  He isn’t afraid to spend money, he clearly loves being the owner of the Cowboys and he is aware of his legacy as the owner.  Right now, in my opinion his legacy is that he is the guy that signed the checks to turn it around but he is also the guy that stands in the way now to turning it around.  Jerry the owner needs to fire Jerry the GM TODAY!

It is my goal that when the Cowboys open up camp out in Oxnard that I can get 2 minutes of his time and beg him to do so.  I know it won’t make a difference, Jerry’s ego is bigger than my ability to talk someone like him into doing something.  However, as a lifelong diehard Cowboys fan I feel like I need to do my part in passing that message along!

If anyone ever reads this article I hope you liked it!  I also hope that you sign up to get notified when this site goes live.  I also need to say that I’m not a reporter or someone that writes articles for a living.  I’m just a fucking frustrated diehard Cowboys fan that is tired of this bullshit.

To learn more about Diehard Nation go to http://diehardnation.com/what-this-will-be/